Departures marked with a * are Basecamp cruises. These have a number of optional additional activities including snow shoeing, kayaking and diving - please contact for full details

Start your North Spitsbergen cruise with a trek around historic Longyearbyen, then join our expedition to the north of the island to take in the fantastically beautiful landscapes, the thousands of seabirds, and of course the star of the show, the polar bear. 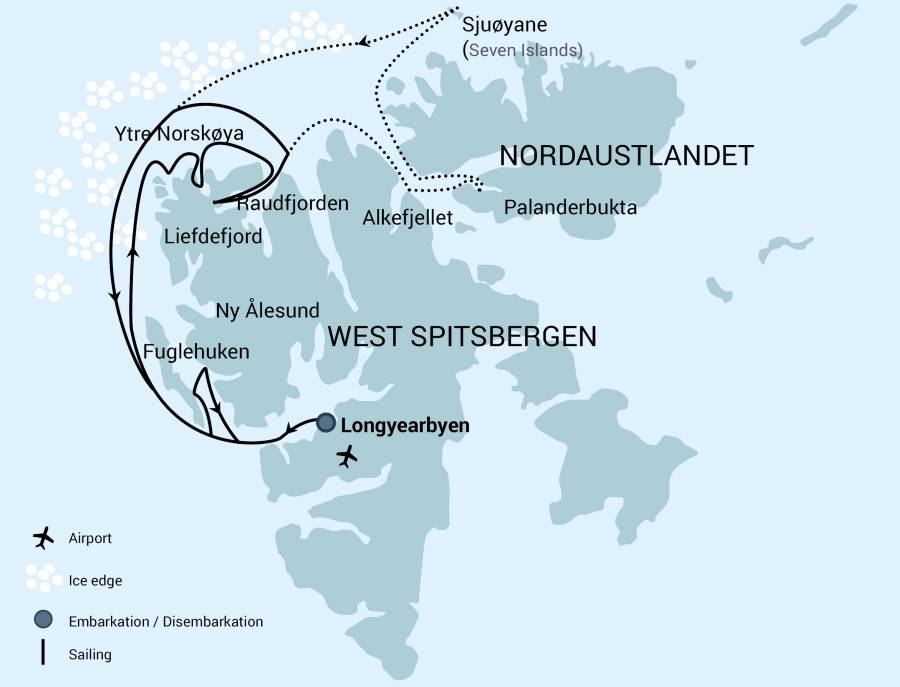 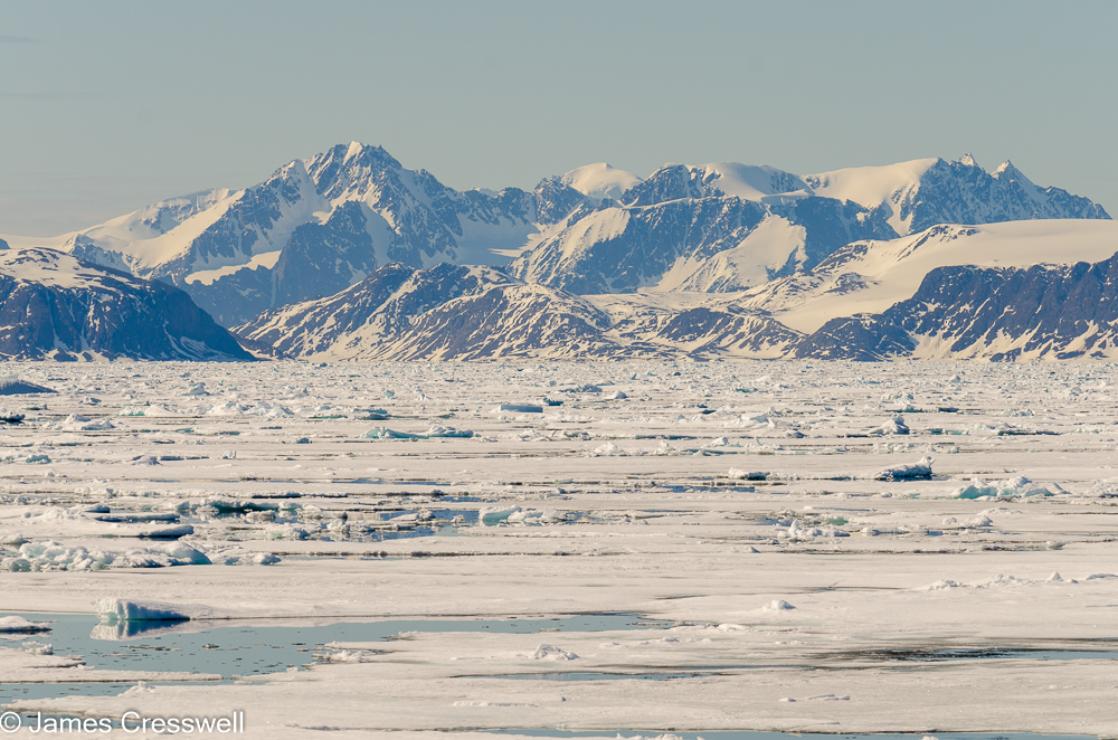 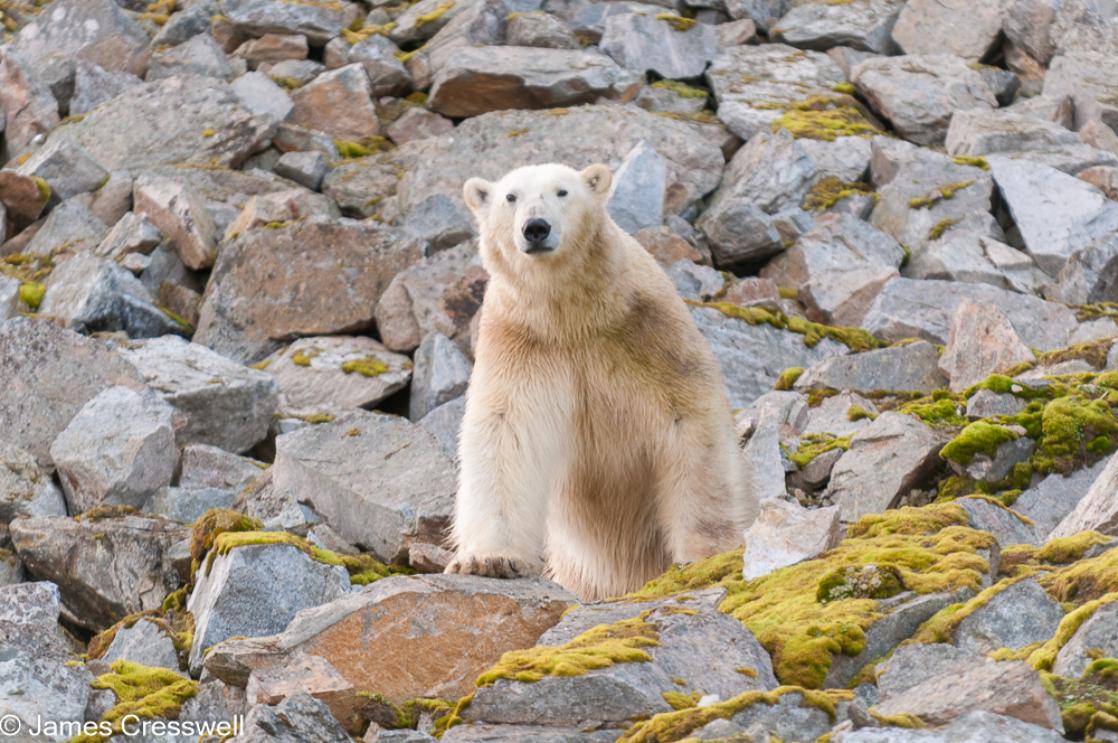 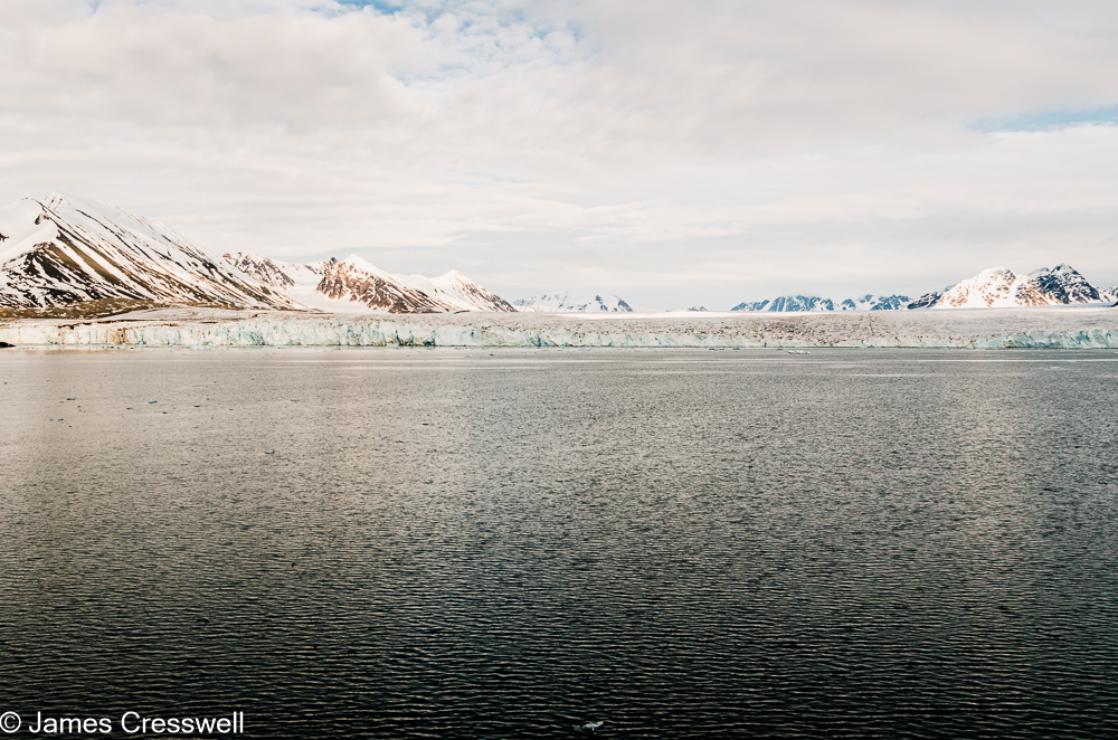 The massive Monaco Glacier in Liefdefjorden 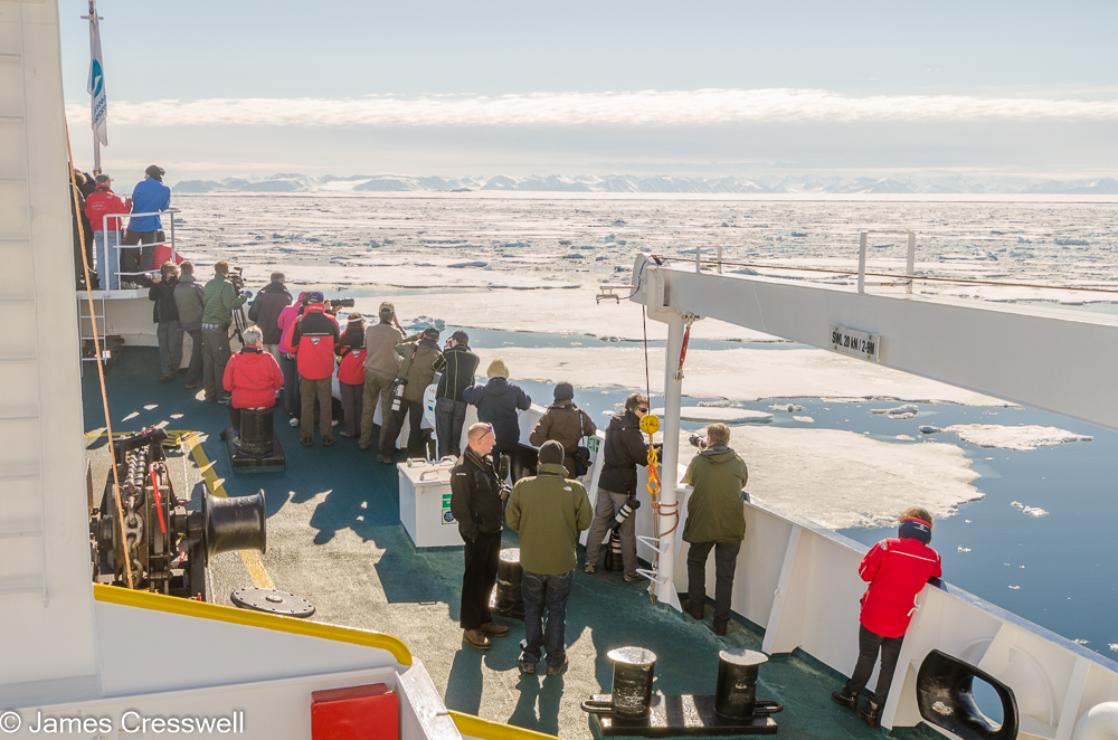 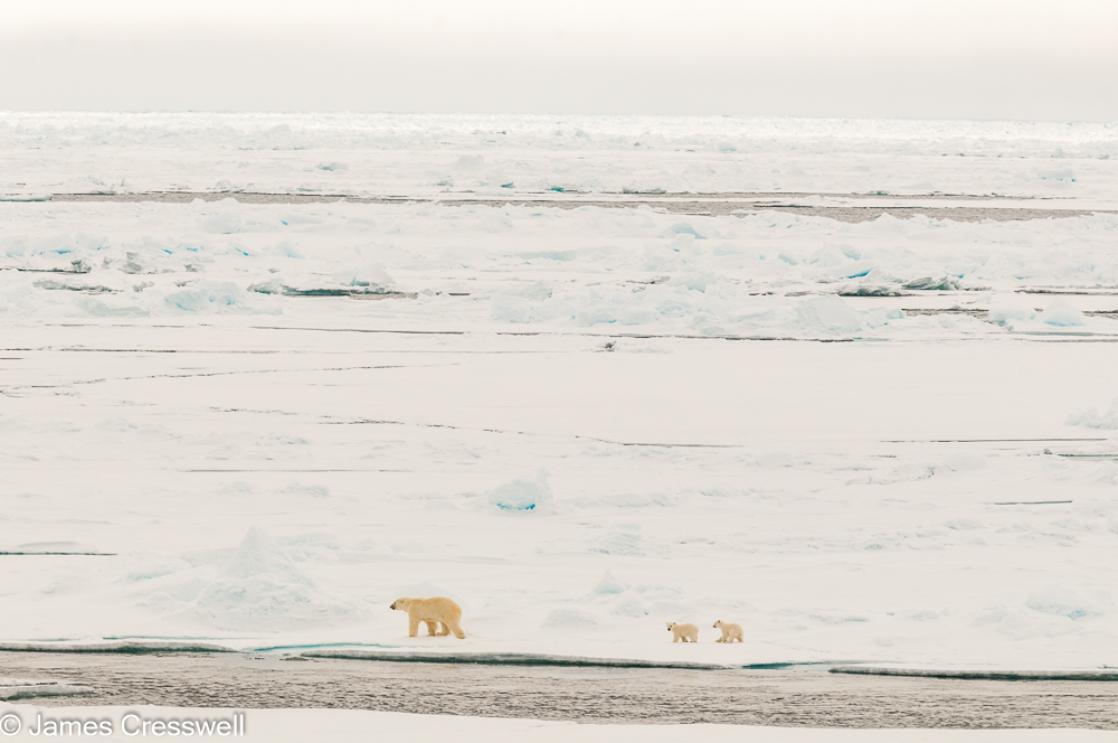 A polarbear mother and two cubs on the pack ice 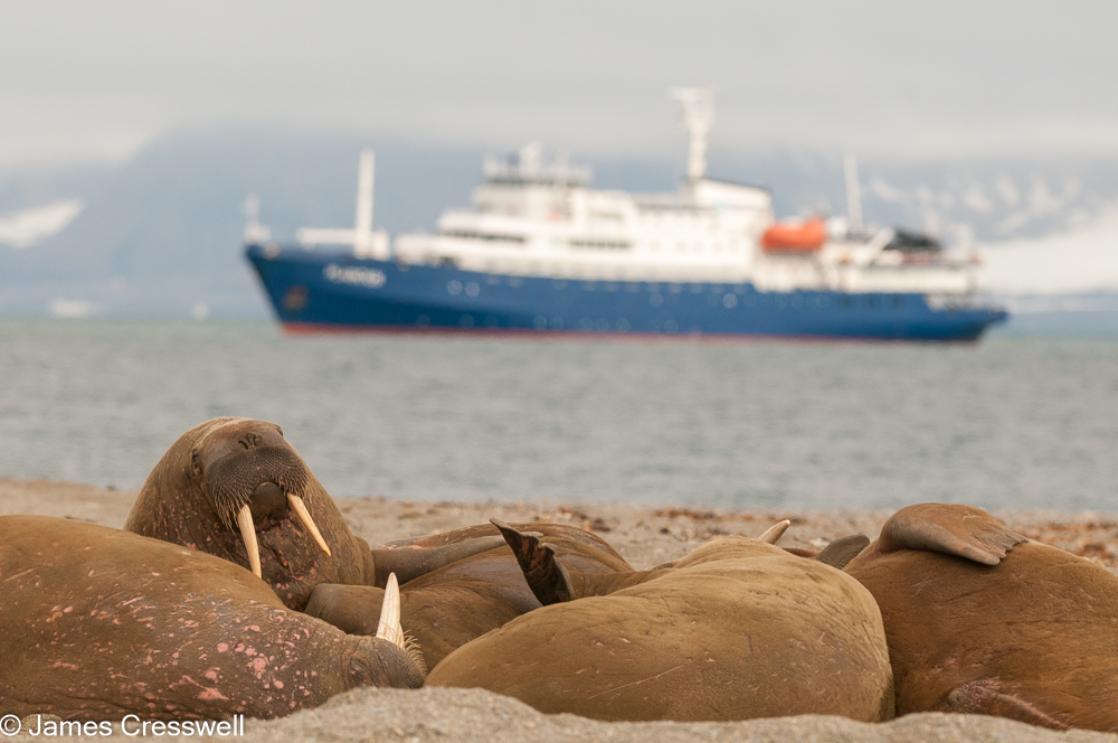 A walrus haul out at Poolepynten,  Forlandsundet with the MV Plancius in the background 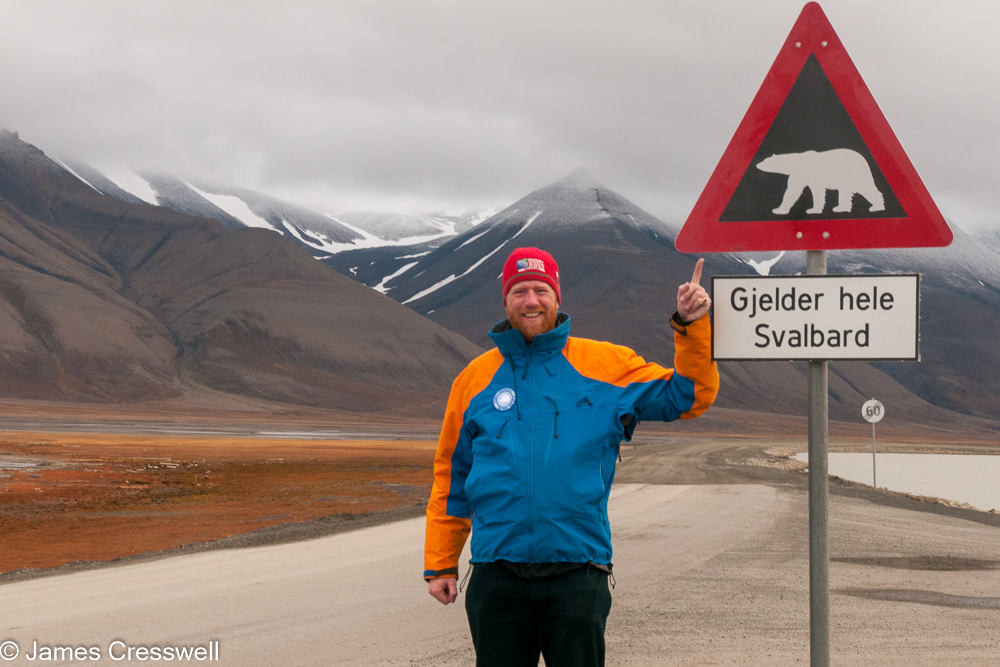 PLEASE NOTE: All itineraries are for guidance only. Programs may vary depending on local ice and weather conditions and in order to take advantage of opportunities to see wildlife. The on-board expedition leader determines the final itinerary. Itineraries may mention places that require permission to land, which must be granted by the relevant national authorities. Such permission is not granted prior to the publishing of these itineraries. Flexibility is paramount for expedition cruises.

Day 2: Route to Raudfjorden
Sailing to Raudfjorden, on the north coast of Spitsbergen, you take in an expansive fjord spilling with glaciers – and maybe even visited by ringed and bearded seals. The cliffs and shoreline of this fjord also support thriving seabird colonies, rich vegetation, and the possibility of polar bears.

Day 3: The massive Monaco Glacier
Depending on the weather, you could sail into Liefdefjorden and cruise within sight of the 5-kilometer-long (3.1 miles) face of the precipitous Monaco Glacier. The waters in front of this glacier are a favorite feeding spot for thousands of kittiwakes, and the base of the ice is a popular polar bear hunting ground. If ice conditions prevent sailing here early in the season, an alternate route along the west coast of Spitsbergen can be implemented.

Day 4: Highlights of Hinlopen
Today you sail into Hinlopen Strait, home to bearded seals, ringed seals, and polar bears. At the entrance there is even the possibility to spot blue whales. After cruising among the ice floes of Lomfjordshalvøya in the Zodiacs, you can view the bird cliffs of Alkefjellet with their thousands of Brünnich’s guillemots. On the east side of Hinlopen Strait, you may attempt a landing on Nordaustlandet. Here reindeer, pink-footed geese, and walruses are likely sights. You can take an alternate route if ice prevents entry into Hinlopen.

Day 5: Stop at the Seven Islands
The northernmost point of your voyage may be north of Nordaustlandet, in the Seven Islands. Here you reach 80° north, just 870 km (540 miles) from the geographic North Pole. Polar bears inhabit this region, so the ship may park for several hours among the pack ice before wheeling around west again.

Day 6: Sailing the continental shelf
While retracing your route west, keep watch for polar bears and elusive Greenland (bowhead) whales. About 40 nautical miles west of Spitsbergen, you sail the edge of the continental shelf. Here fin whales forage during the summer in the upwelling zones (where cold, nutrient-rich water wells up from below the sea’s surface) that run along the Spitsbergen banks. At the mouth of Kongsfjorden, you have a good chance of sighting minke whales.

Day 7: Reindeer, foxes, and so many seabirds
Walruses sometimes haul out in Forlandsundet , your next stop. Alternatively, you might sail into St. Johns Fjord or south to the mouth of Isfjorden, landing at Alkhornet. Seabirds nest on these cliffs, Arctic foxes search below for fallen eggs and chicks, and reindeer graze the sparse vegetation. You arrive in Longyearbyen later at night.

Day 8: There and back again
Every adventure, no matter how grand, must eventually come to an end. You disembark in Longyearbyen, taking home memories that will accompany you wherever your next adventure lies.

If you book this polar expedition cruise through us we will pay your Carbon Offset for you and will provide you a Certificate on completion of your expedition.