You can hardly get a better experience of Antarctica than a voyage to the great Weddell Sea. Be prepared to see massive tabular icebergs, wildly dramatic landscapes, and fascinating historical sites. This extraordinary expedition is also perfect for observing juvenile emperor penguins. 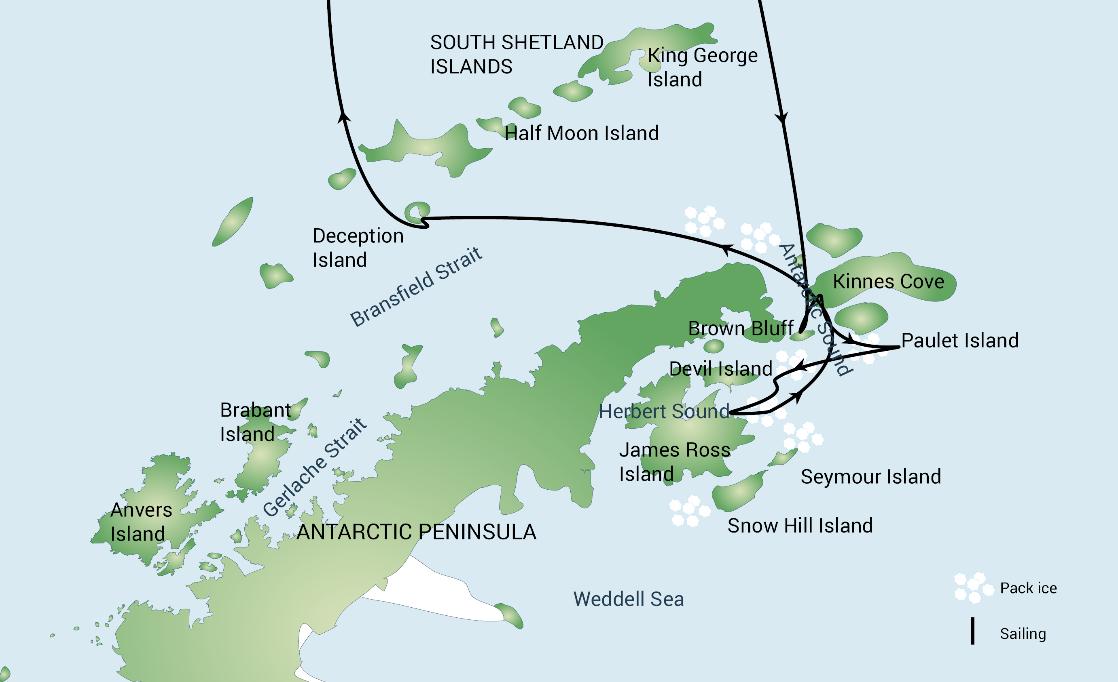 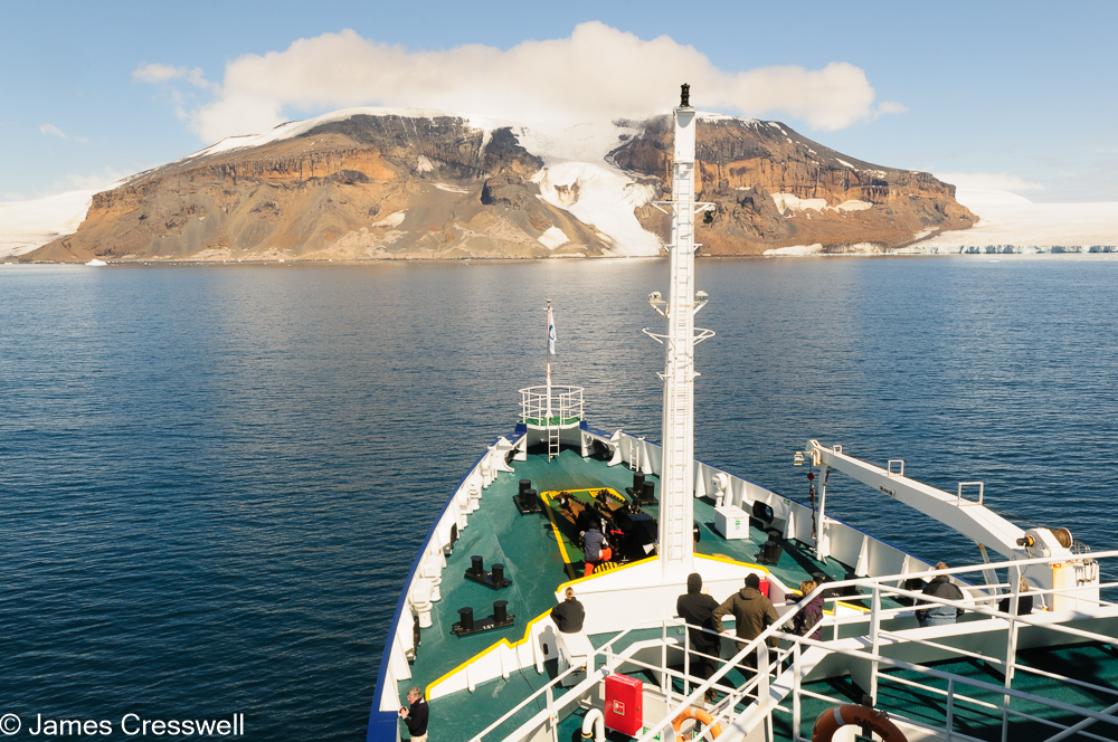 The m/v Plancius approaches the englacial volcano that is known as Brown Bluff, Antarctic Sound 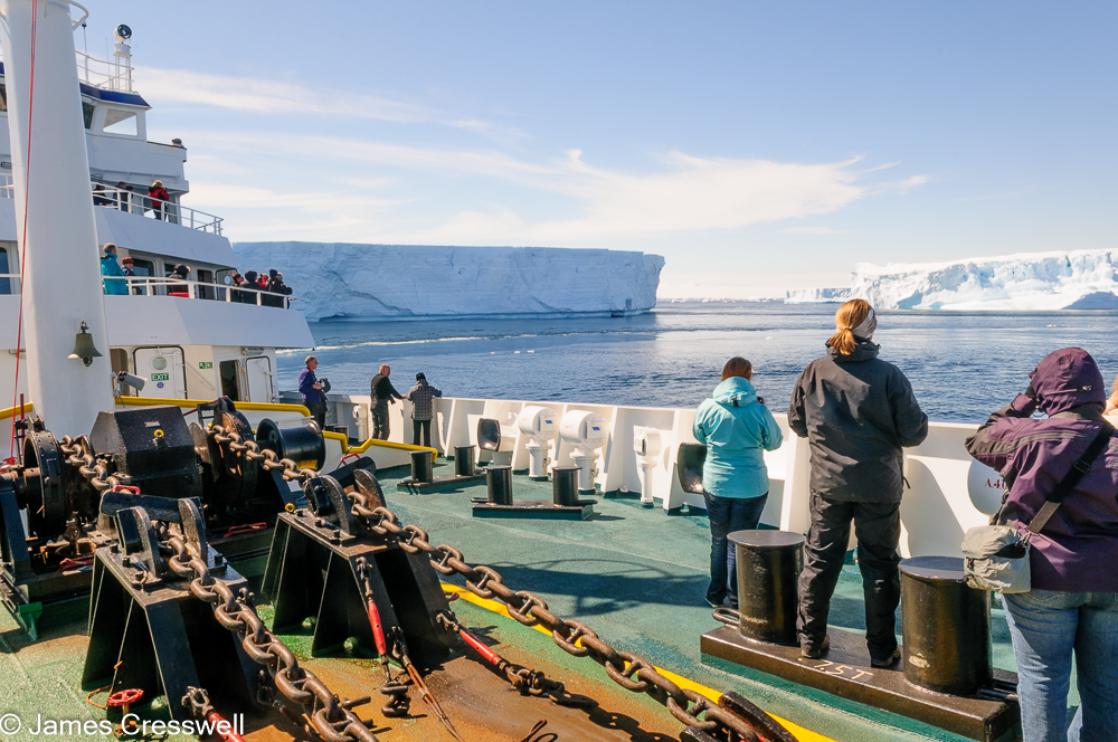 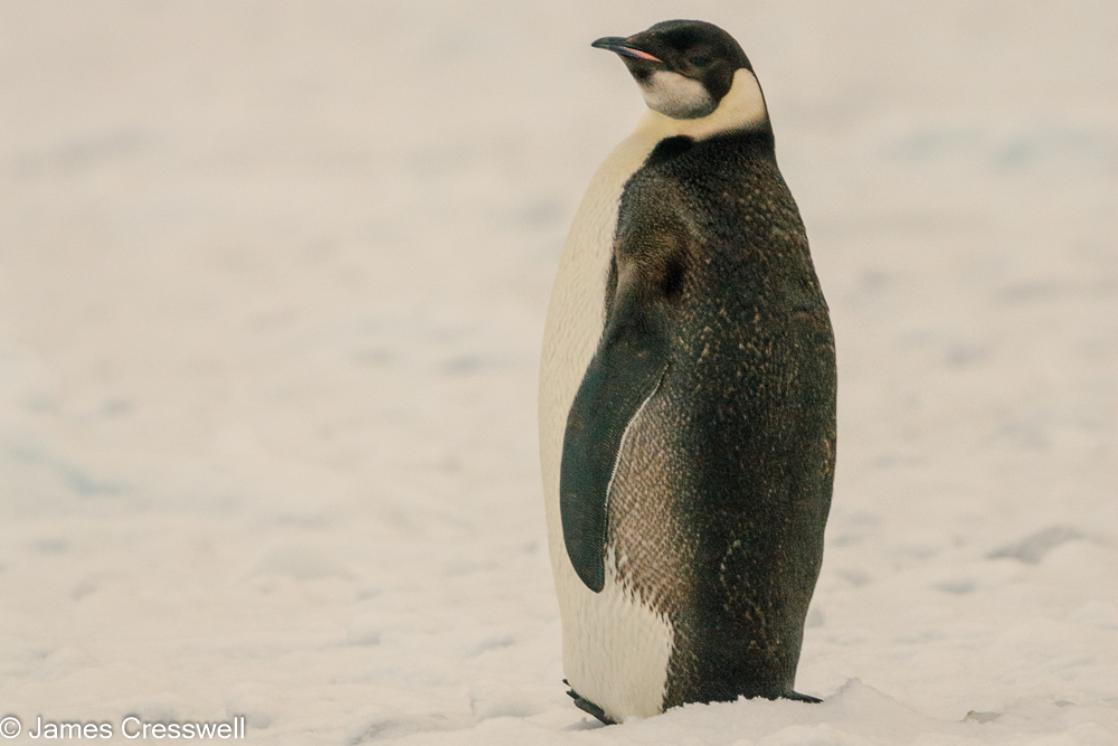 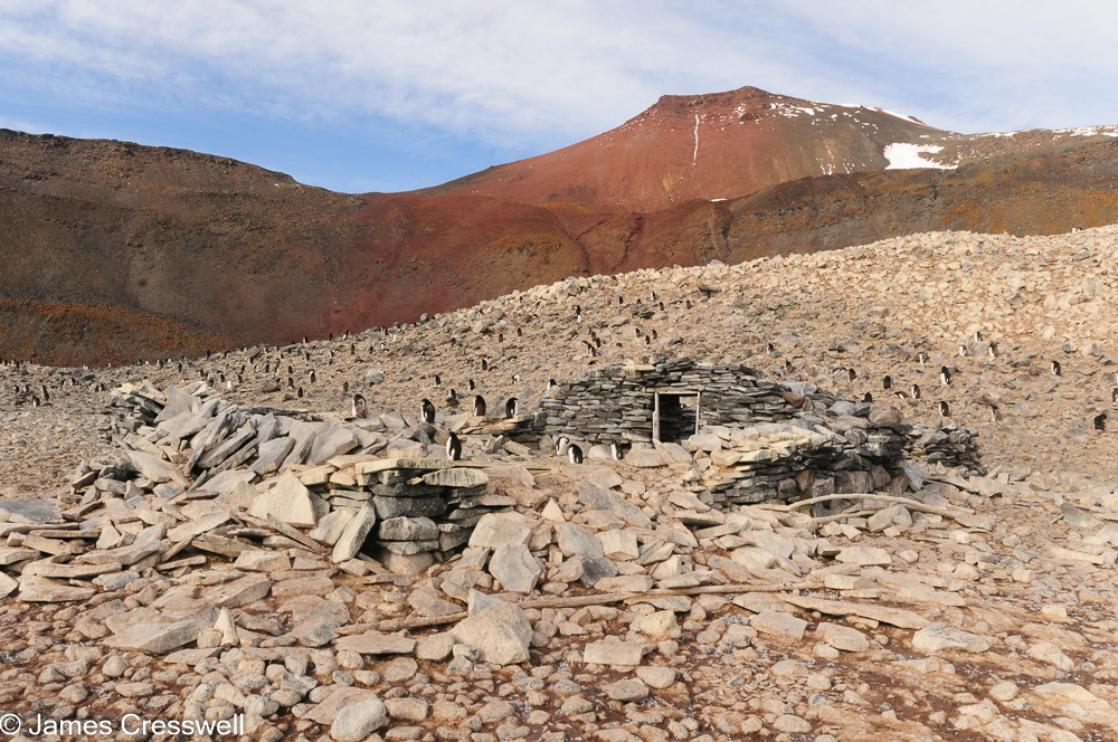 The remains on a historic hut from the 1903 Swedish Antarctic Expedition of Otto Nordenskiöld,  Paulet Island, Weddell Sea 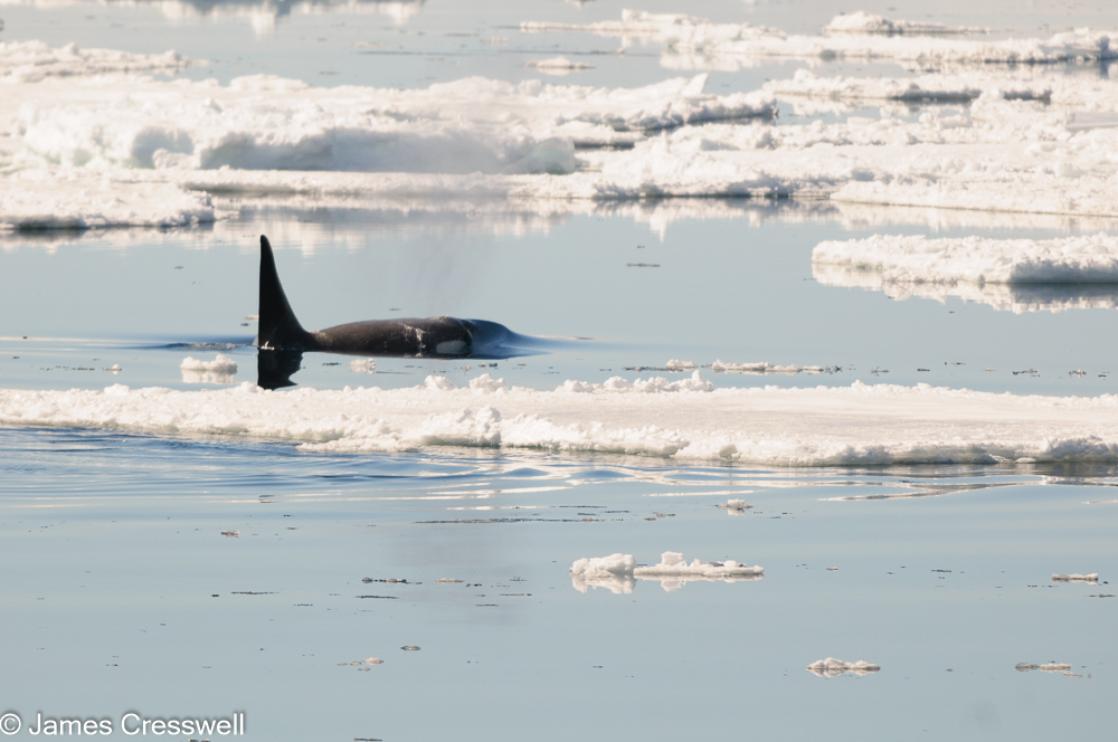 A hunting orca (killer whale) in the Erebus and Terror Gulf, Weddell Sea 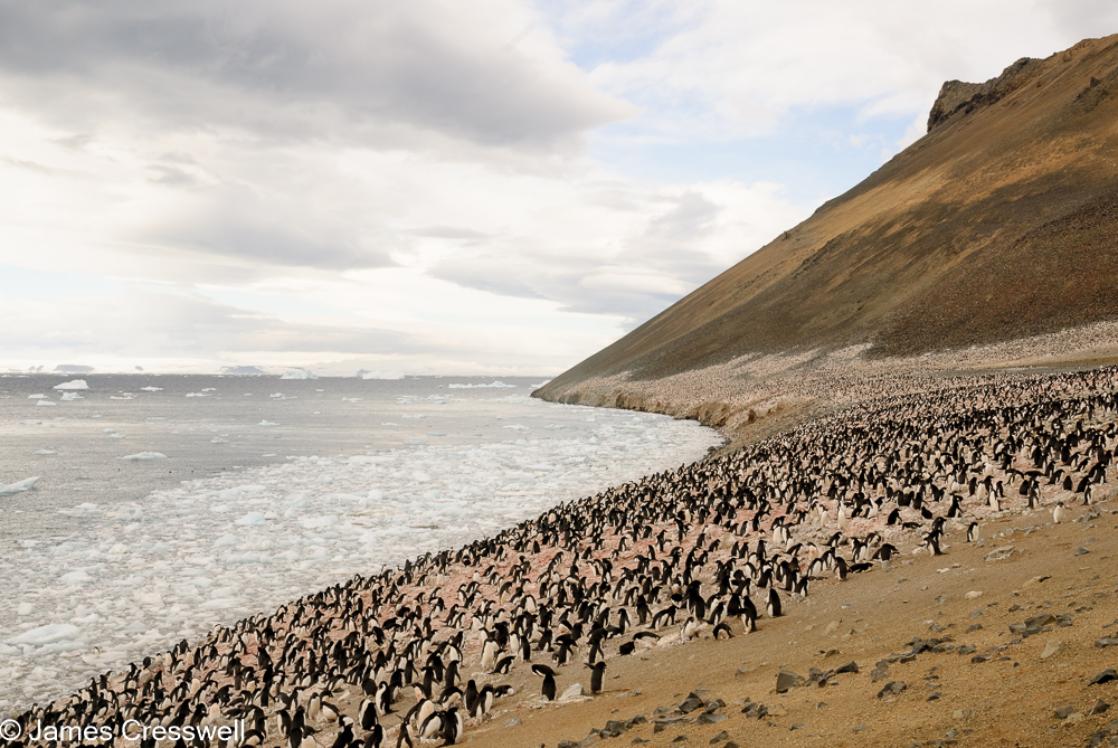 A colony of Adelie penguins on Devil Island, Weddell Sea 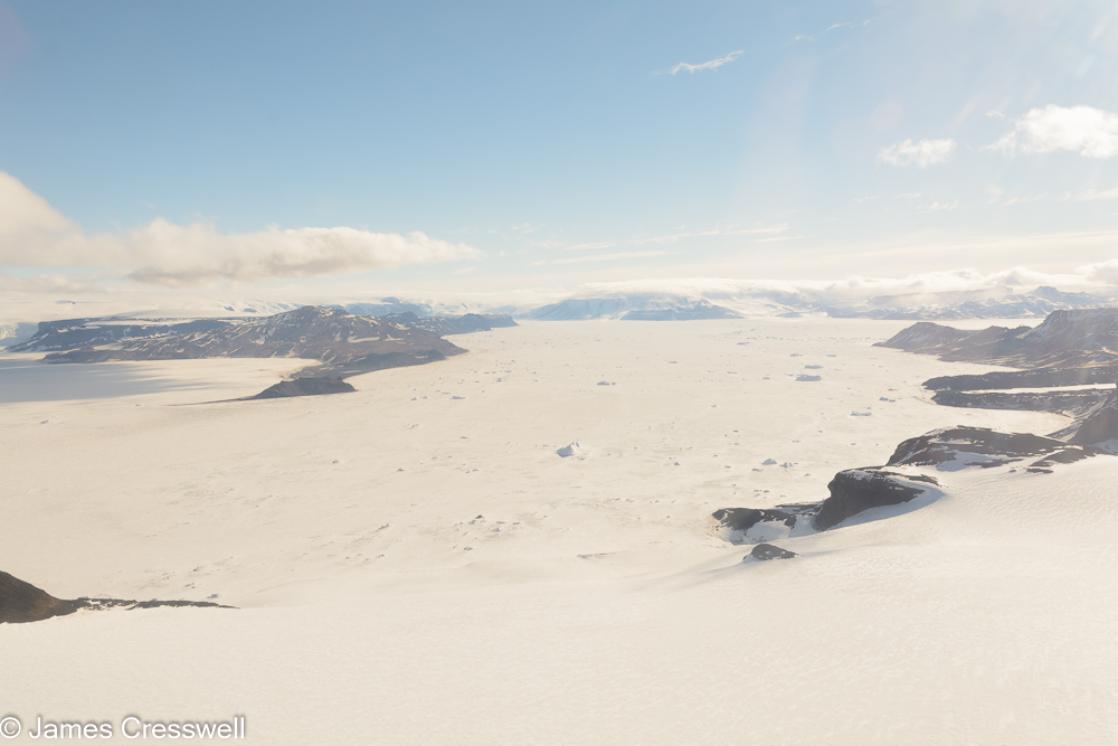 A view the Naze Peninusla on James Ross Island. (This photo was taken by James from a helicopter on the Weddell Sea in search of Emperor Penguins with helicopters voyage) 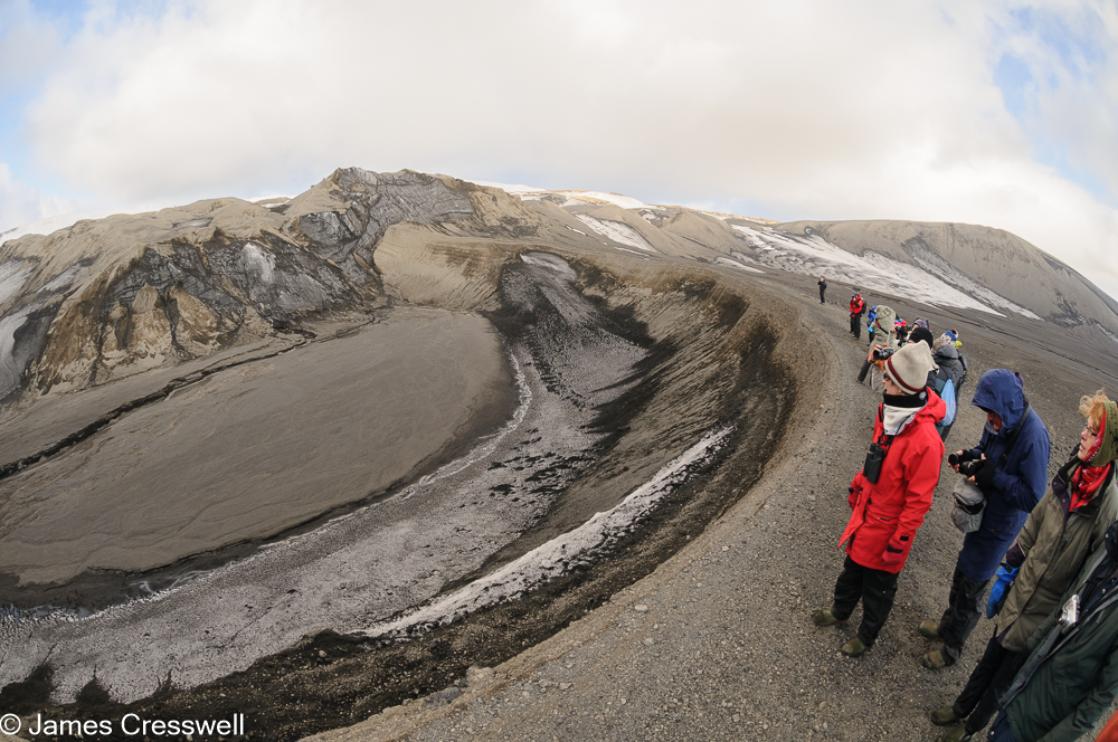 A crater that formed in a volcanic eruption in 1967, Telefon Bay, Deception Island, South Shetland Islands 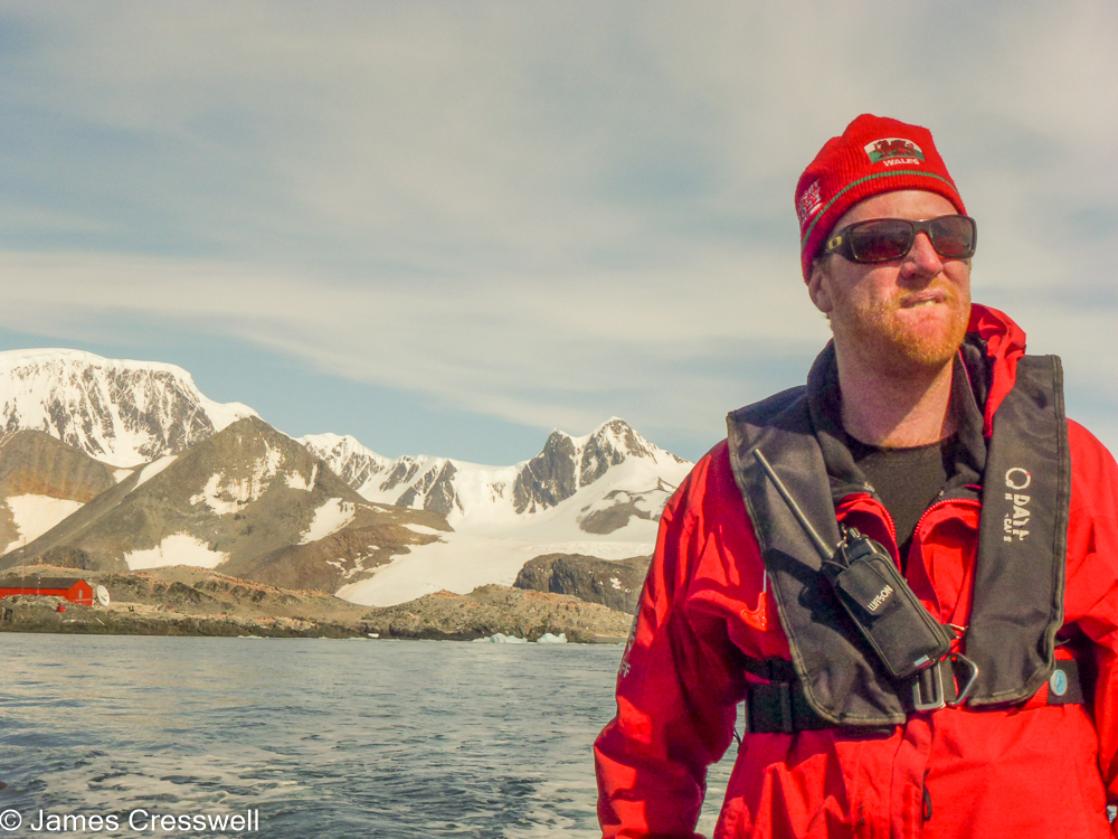 PLEASE NOTE: All itineraries are for guidance only. Programs may vary depending on local ice and weather conditions and in order to take advantage of opportunities to see wildlife. The on-board expedition leader determines the final itinerary. Itineraries may mention places that require permission to land, which must be granted by the relevant national authorities. Such permission is not granted prior to the publishing of these itineraries. Flexibility is paramount for expedition cruises. Average cruising speed is 10,5 knots.

Day 4: Brown Bluff, Madder Cliffs and nesting penguins
This morning we hope to land at Brown Bluff with its impressive scenery and nesting Adelie penguins. In the afternoon, we head across the Antarctic Sound to Kinnes Cove for a landing, where you can see the nearby Madder Cliffs with their subtle red coloration as well as nearby gentoo penguins.

Day 5: Antarctic sound islands and history
Today we explore the southern end of the Antarctic Sound, including the islands of Jonassen, Andersson, and Rosamel, depending on conditions. In the afternoon, we head to Paulet Island, where an historic hut remains from the 1903 Swedish Antarctic Expedition of Otto Nordenskiöld. This hut enabled the team, whose ship had been crushed in sea ice, to survive until they were rescued.

Day 6: Panorama from Devil Island
The aim is to spend the day on and around Devil Island, an impressive landing site that gives us the chance to ascend the summit and take in breathtaking views of Erebus and Terror Gulf, as well as our ship anchored in the bay below.

Day 8: Exploring remote islands
We sail as close as the ice allows to the northwest area of Erebus and Terror Gulf, where the Beak and Eagle islands await us. As with other islands in this group, they are volcanic in origin. Beak island has two freshwater lakes that are home to unique ecosystems, and Eagle Island offers spectacular scenery. It is most famous for being the hottest place in Antarctica during a heatwave that melted 20% of the island’s snow and ice in 2020.

Day 10 – 11: Familiar seas, familiar friends
Your return voyage is far from lonely. While crossing the Drake, we are again greeted by the vast array of seabirds remembered from the passage south. But they seem a little more familiar to you now, and you to them.

Day 12: There and back again
Every adventure, no matter how great, must eventually come to an end. It’s now time to disembark in Ushuaia with memories that will accompany you wherever your next journey leads.

If you book this Expedition Cruise through us we will pay your Carbon Offset for you and will provide you a Certificate on completion of your expedition.

PER PERSON CARBON DIOXIDE GENERATED BY THIS EXPEDITION = 4.4 T